I remember the day I walked into Jabberwocky Books in Newburyport, Massachusetts, and laid my eyes on the novel Disappearing Earth by Julia Phillips. I’m sure other bookworms agree: sometimes you just lay your eyes onto a new title, and instantly, you know what book is yours.

Apparently, my instincts about the book were right- this unique mystery novel drove me in and kept me hostage to the pages until I’d devoured it. Unsurprisingly, Disappearing Earth is now a national bestseller and a National Book Award finalist. And, according to The New York Times, “A superb debut…a nearly flawless novel.” 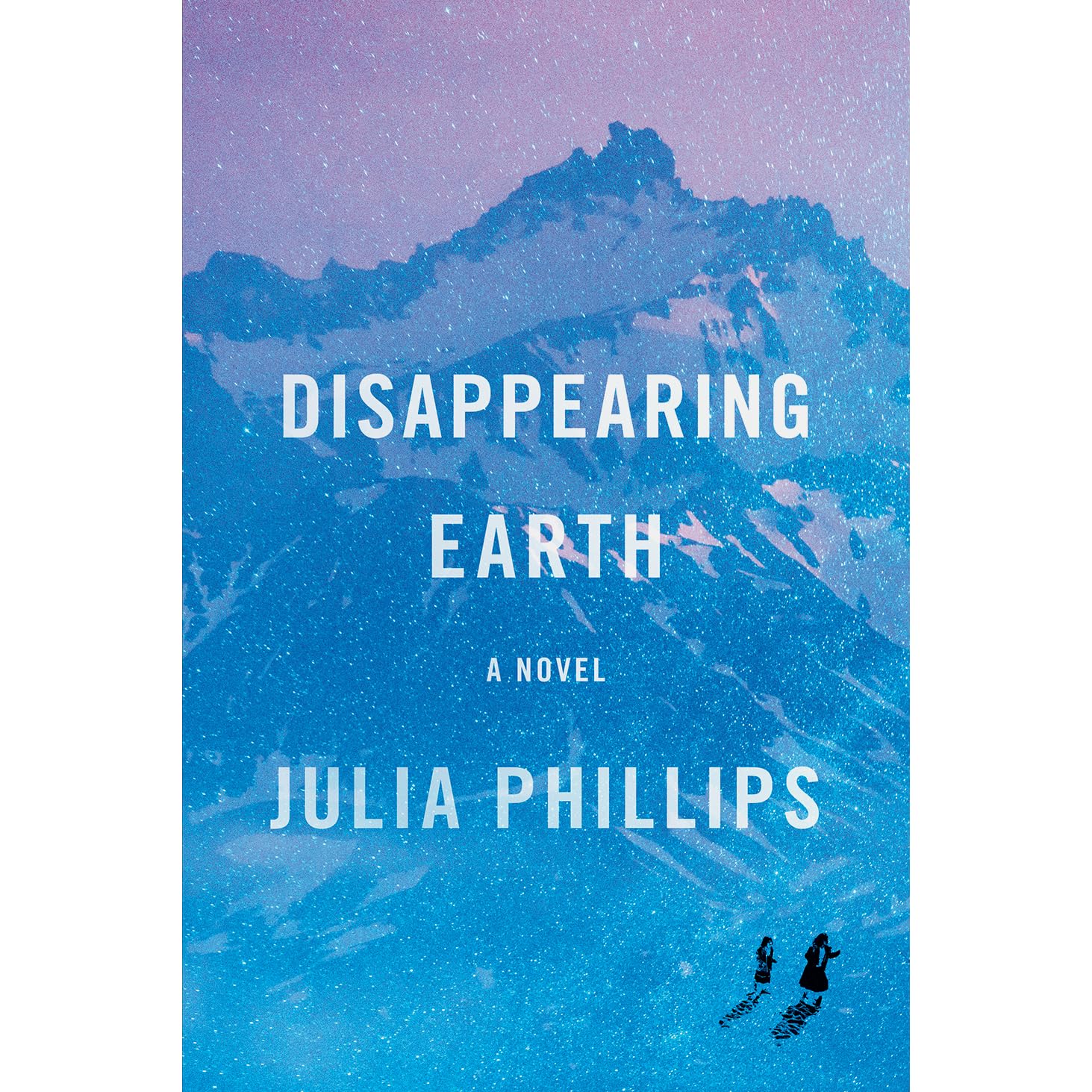 Today I had the honor of speaking with Julia Phillips, whose personality and answers to my questions were just as crisp and graceful as her writing.

Analog Magazine: What is your background as a professional writer and when did you decide to pen your first novel?

Julia Phillips: I wanted to be a novelist from the time I was a little kid. It was always my dream. While drafting the manuscript that became Disappearing Earth, I worked as an editor at a small publishing house, then as a freelance corporate copywriter. The whole time, I fantasized about this project emerging in the world one day as my first book. It’s the dream of my life.

AM: Are there any authors, books, and writers who you feel have inspired your writing style or shaped you as a writer yourself?

JP: Oh, so, so, so many. Every book I’ve ever read has inspired and shaped me. While I worked on Disappearing Earth, I thought a lot about the writing of Louise Erdrich and Alice Munro, two master storytellers. Some of the particular works that informed this novel include Wave by Sonali Deraniyagala, Secondhand Time by Svetlana Alexievich, So Much Pretty by Cara Hoffman, and Dead Girls by Nancy Lee.

AM: Your debut novel, Disappearing Earth, takes place in the distant, remote area of Kamchatka, Russia. Why did you choose this setting and location to be the backbone of your story?

JP: Russian and fiction were my two main academic pursuits in college, but I struggled to find a way to combine the two. When I studied abroad in Moscow, I felt far from English-language storytelling. In my creative writing classes, I didn’t know how to capture what had excited me abroad. The best way forward seemed to be setting a book in Russia. Writing a novel in Kamchatka became my dream.

Kamchatka was a compelling setting for a few reasons. Though it’s one of the country’s most remote territories, the peninsula more clearly illustrates the effects of Russia’s shift from socialism to capitalism than larger and better-known cities like Moscow or St. Petersburg might. Before 1990, Kamchatka was classified as a closed military zone; no foreigners were permitted there and even Russians needed special dispensation to visit. It was an isolated area of an already insular state – an intensified version of mainstream Soviet culture’s self-reliant course.

After the Soviet Union collapsed, though, restrictions on Kamchatka were abandoned. The peninsula’s undeveloped land, rich natural resources, and distance from the government’s seat in Moscow made it attractive to everyone, from foreign investors to adventure tourists to poachers. Suddenly globalized, radically changed, Kamchatka remained a microcosm of its nation, which now had a different name.

There was no way for me to understand all of contemporary Russia, I thought, but perhaps I could get to know Kamchatka. The region is huge – the size of California – but self-contained. No roads connect it to the mainland. Most of its population lives in one city. Living in that isolated place for a while, I would be able to meet many people, hear their stories, collect the details that underpin convincing fiction. And beyond all of that reasoning, there was a romantic motivation: Kamchatka is very, very beautiful. Volcanoes and geysers. I wanted to go there because I loved what it looked like.

AM: Disappearing Earth breaks away from the ‘normal’ novel structure and instead tells the story through several smaller, unique anecdotes. What inspired you to array the novel in this way?

JP: This novel is the story of a group of people, a whole community affected by a single event, so I wanted to structure it in a way that drew out the connections between characters. Their shared experiences were just as crucial as their unique qualities in moving the plot forward. To me, the moral argument of the book is that we survive by coming together. In our most desperate moments, we save, and are saved by, each other.

AM: What was the research process like for you to pen this story? Did you run into roadblocks along the way?

JP: I learned about Kamchatka from the US for two years, then spent a year living on the peninsula and gathering material for this book. After I returned to the US, I started writing the book; I went back to Kamchatka in 2015 with my first draft in hand in order to do more research and start filling in the things I’d missed. I kept revising the book with the help of peer writing workshops until 2017, when an agent, then an editor, took the manuscript on and edited it with me. There were certainly roadblocks along the way. The most substantial ones were always logistical: it costs a lot of money and time to get to Kamchatka from the US, so it took years for each trip to come together. In comparison to that geographic challenge, everything else felt relatively straightforward.

AM: Was there ever a point within writing the story that you considered scrapping your original idea and going in a completely different direction?

JP: Hmm…I don’t think so. I worked on this project for ten years, so there were loads of times I felt discouraged, sad, and frustrated about it. But I don’t remember a moment where I felt so down on it that I seriously considered scrapping the whole thing. The project always compelled me even when I doubted my ability to pull it off.

AM: Several readers, including myself, have picked up on the tone of women’s issues and repression in your novel, particularly through the lens of sexism and homophobia. Why is it important to include these issues in your writing, and do you feel like the novel accurately depicts the scope of these issues in Russia?

JP: The theme of violence against women was essential to the project from the very start. This novel is structured polyphonically, with every chapter focused on a different woman’s point of view, because it is intended to explore the spectrum of harm in women’s lives—from the rare and highly publicized (an abduction by a stranger) to the mundane and hardly spoken about (a difficult doctor’s appointment, a social slight). I wrote Disappearing Earth to run the range of violence in contemporary womanhood, because I’m fascinated by how those hurts echo each other, overlap, and connect us.

And that’s a great question about whether the novel accurately depicts women in Russia. I very much hope it is resonant with folks there, and I tried hard to make it reflect my perception of this particular place as much as possible, but everything in the book is coming through my American filter, and it is inevitably biased because of that. It’s an American work, an American point of view, created by someone American. It’s hard for me to gauge therefore whether it’s an accurate depiction of someone’s real-life Russianness.

AM: From your perspective, what is the importance of leaving the conclusion of Disappearing Earth purposefully vague? Have readers reached out to you and for more clarity in regards to what the ending means?

JP: I’ve been surprised and gratified to get to talk with lots of readers about their reactions to the book’s ending. It’s probably the most frequent topic that comes up in conversation with folks who have finished the book. That’s been a fantastic craft lesson for me, because I don’t see the novel’s conclusion as open-ended; to me, it is about a specific and concrete thing. So getting to learn from other people’s interpretations and reflect on my writing going forward has been a real gift.

AM: What was your reaction to the overwhelming success of Disappearing Earth?

JP: This is a really kind question. Really, every bit of the publication process for Disappearing Earth, from the book’s acquisition to its editing process to its release, blew my mind. The whole thing has been a dream come true.

AM: How would you feel if a studio approached you with interest in turning Disappearing Earth into a film? Could you see that potentially happening in the future?

JP: That’d be incredible! My fingers are crossed.

AM: What are your other hobbies and interests besides writing?

JP: Reading, for sure, and listening to loads of podcasts. Cooking, seeing friends, going for walks. Watching TV and movies, especially comedies. Reading DIY/decor blogs and fantasizing about restoring some gorgeous old house.

“I wrote Disappearing Earth to run the range of violence in contemporary womanhood, because I’m fascinated by how those hurts echo each other, overlap, and connect us. “

AM: What is something you wish everybody/more people knew about you?

JP: Ha! To be honest, there isn’t anything I want everybody to know about me. I often get nervous about the bits of personal information that I’ve shared too casually in the past.

AM: What are your general goals and aspirations for the future?

JP: I want to feel immersed in my writing, and challenged, stimulated, and pushed to grow by creative work. I want to support other writers and artists in sharing their works with the world. As I look forward, I hope to publish multiple books and tell stories that move their readers. And one day I’d love to have my own room to write in. With bookshelves on all the walls!

AM: Can we expect another novel from you in the future? And, if yes, will you stick with the mystery/thriller theme?

JP: Absolutely. I’m working on another novel now. I don’t know what themes will compel me far in the future, but for now, I love a mystery – I love a book that begins with a thrilling question and gives us some answer by the end.

AM: Lastly, what advice would you give to other young writers?

JP: I’d offer anyone interested in writing three pieces of advice: first, read as much as possible; second, write as much as possible; third, embed yourself in an artistic community. Through reading, you’ll learn so much about storytelling and craft. Books offer an education with no equivalent. And through regular writing, you’ll sharpen your skills, learning what works for you on the page and what doesn’t. The third piece of advice, community building, might be the most important. It’s so challenging and limiting to create art in a vacuum. Connect with the folks around you (whether in person or online), read and cheer on their work, participate in conversations around creativity, and get feedback from others on what you’re producing. In those ways, you’ll not only fuel your own growth but also help foster a world of stronger, better, more supported artists. ★