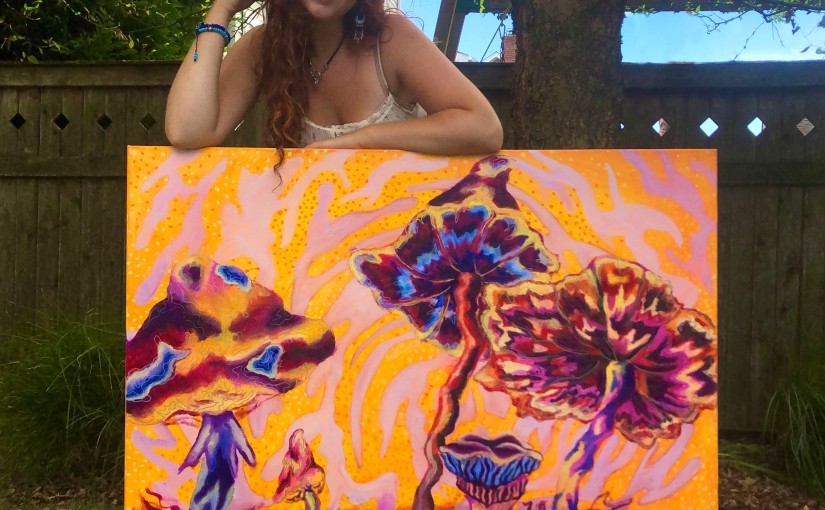 Reflections on the Artist “Stigma” – from a recent art school grad.

So you went to art school? Yes, well not before I can blurt out that I double majored and have a degree in P.R. as well. Let’s address the underlying shame that no one seems to talk about, the kind that comes hand in hand with being an artist. The kind of shame, and that horrendous stigma, embedded in spending thousands of dollars for a PDF (thanks COVID) in any form of art.

“Oh that’s nice, so what are you going to do with that?”

Ask me that again, please I beg of you. No really, it’s not like I haven’t rehearsed this in my head several hundred times before coming to this function.

Now that I’ve graduated college, I’ve made it into the “It’s not practical. How are you going to pay your bills? What about insurance?” phase. (Thanks for the support, mom.)

Growing up on Long Island, came with the blessings and curses of every small, suburban, upper-middle-class neighborhood. Or what I can only assume, before college, I hadn’t lived anywhere else. It’s the trivial stuff like bumping into everyone and their mother at the local bagel shop in the morning, knowing exactly who cut you off by the sound of their obnoxious car horn, and the public school system that “supports” the arts yet funds everything but that. Pushing for STEM, and ingraining the standard into our young minds that success shall only come to those who will become scientists, engineers, doctors, or work in the business world.

Why is it that people are so impressed by my talent but so unwilling to support it? The stigma of going to art school and being an artist made me embarrassed to embrace my choice of major and lifestyle for way too long.

Four years later and amidst a pandemic has granted me a lot of time to reflect.

Hey, I get it, pursuing an arts-related career might not be for everyone. Trust me, I dreaded every moment of chemistry. Luckily for nearly every other professional, society does not work against them. On top of all the stigmas, judgment, and pressure to succeed – to be an artist it’s anything but easy. The lifestyle might not be for you, but there’s absolutely no reason not to support and encourage those who are brave enough to face the world as artists.

Graduating into this pandemic has given me a lot of time to embrace my artistic side and remind myself the world would not thrive without the arts and humanities. Art gives a voice to the voiceless – platforms to the powerless. History would cease to exist otherwise. So to all you creators who’ve read this far, keep pushing, keep creating. At least we already know we’ll be worth more when we’re dead anyway. 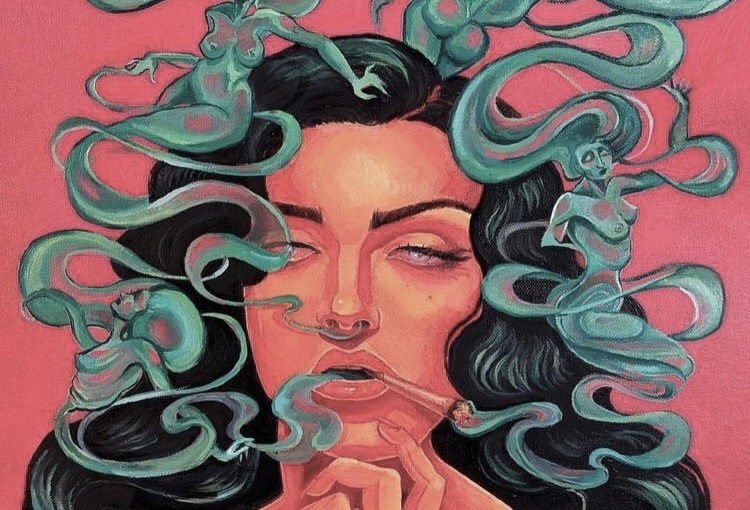 As I sit here relaxing, looking at the beautiful landscape of the forest behind my house on this gorgeous sunny day, I wonder, “Why is everyone always trying to harsh my mellow?”

Sorry, let’s backtrack. As I sit here, smoking my bowl on the back deck, I wonder, “Is this why my next-door neighbors haven’t called me back to babysit?”

The answer is probably yes. I mean, they have a clear view of the most green and lush smoking spot the world has ever seen, so they have to know I do it. At first, I was upset by this thought, and a little embarrassed. As I continued thinking about it, I realized something and the sorrow built to anger and frustration.

They won’t call me back because I smoke weed. However, their three kids would love it when I came to babysit, and they said I was their favorite. I have worked at a daycare all through high school and just got another job at one on campus. I’m good at spending time with kids because they are fun and carefree,(like many stoners, may I add.) On top of this experience, I have a 3.5 GPA (it was at a 2.9 last year so I’m proud, okay), worked multiple jobs during the school year, wrote for three different publications, had no disciplinary record, and maintained healthy relationships with my friends and family. They can’t overlook that, though, so they don’t call me back.

This reminded me of the time I almost got in trouble for smoking weed in my dorm room. The administrative RA (not my floor’s RA, love you Colleen!) saw me from outside. When she came up I hid the paraphernalia but forgot about my incense and candle. She confiscated them and I obviously let her (because let’s be real, getting caught with a candle is way better than being found with drugs). While getting the classic lecture from the RA, she said something that got under my skin, “Do you know how this makes you look?”

To deal with anxiety and all the stress from the workload I take on, I like to share a joint or two with my friends and go for a walk. The pressure of being a student today is unreal; I don’t have to tell you guys. So I really don’t see anything wrong here. The mentality of this RA and the parents I babysat for are perpetuating the stigmatization that we stoners face out here all the time. It’s funny too because these people are self-proclaimed “libertarians” and act like they are better than everyone else because they are well educated and a part of this new way of thinking.  But here they are, acting just like the Man. You can assume all these things about me, but in the end, I am the one being enlightened by how good this weed is and how making assumptions about people is for the ill-minded. All of them could have seen my grades or seen all the work I do, but that wouldn’t stop them from prejudging me as a person. They have limited my worth to a druggie.

What would they do? I wonder if they found out about Barack? How about Bill Gates? Herodotus? Shakespeare? Or how about good ole’ Abe Lincoln? All these men grew to be extremely influential and are positive role models. If they were forced to limit themselves because people found out they liked a doobie once in a while, where would we be?

My point is, we need to stop prejudging people. When we send hate into our system, the cycle is perpetuated and goes on and on and on. You give hate, you get hate, it is the way of the universe. This goes further than smoking weed too, we need to have open ears and hearts. We don’t all have to love each other or get along, but deeply-rooted hate has been in our system for too long. Being able to have a good opinionated and educated conversation about our disagreements is how we can get around this pettiness, whether it is smoking weed or any other issue. And when you do encounter that ignorant asshole that refuses to point out anything logical, just know they aren’t worth your time, you can’t fix stupid. So tell them, “Have a good rest of your day,” and move on.